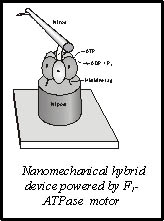 The progress of mankind has always been intimately related to the construction of novel devices and machines. A particularly impressive example is the progressive miniaturization of electronic devices over the last fifty years, which has rendered information technology as one of the outstanding achievements in human history. The upcoming shift from macroscopic to future nanoscale molecular machines is expected to pave the way towards the development of novel devices and processes to be employed in advanced technologies capable of revolutionizing medicine, or decreased material usage and environmental pollution in manufacturing processes.
A molecular machine can be defined in the broadest sense as an assembly of a discrete number of molecular components designed to jointly carry out a specific action, e.g., by changing the relative positions of the components. The action requires an operating energy and may be triggered by an external stimulus mediated by receptors communicating with the environment. 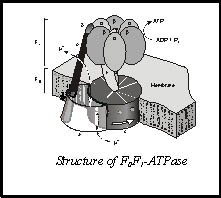 There are two distinct scientific and technological approaches regarding molecular machines: First, evolutionary processes occurring in nature over a billion years resulted in very sophisticated and application-specific biomolecular machines. Living organisms comprise the synergistic integration of a manifold of functionally diverse molecular engines. E.g., cells have hundreds of different types of molecular motors, each dedicated to a particular task. Such biological machines are completely embedded in the structural, chemical, energetic and genetic context of living organisms. They generally operate in very specific environments and accordingly are either chemically fueled by the cells' biochemical energy. A challenge in using such biologic functional units consists in the control of the complex behavior of the motors themselves and their isolation from the supporting environments within living cells. To date, only a few types of molecular motors have been studied at the single molecule level, whereby spectacular results could be obtained. Highlights include the linear movement of kinesin on biological microtubules, rotation of the F 0 F 1 -ATPase (Figure 1), and DNA import into viral capsids.

The second complementary approach is the bottom-up fabrication of artificial molecular machines using relatively simple molecular and atomic bricks. Such an approach implies several challenges, particularly because it is difficult to steer the (supra)molecular (self)-assembly process of the different modules. Nevertheless, during the last years the imaginative and creative work of predominantly chemists culminated in the synthesis of de-novo designed artificial engines carrying out opening-closing, translocation, threading-dethreading, rotary or linear movements.

These machines rely not only on chemical fuels, but also use alternative fueling systems like photons, electrons or mechanic energy. In particular, photon irradiation has proven to be a convenient way to operate molecular devices and machines. A light-driven molecular rotary motor has been designed by Feringa et al. and constructed by exploiting the trans-cis photoisomerization reaction of a carbon-carbon double bonds. This study is of primary importance because it demonstrates that an unidirectional and repetitive rotary motion. More recently, it has been shown that a hydrogen-bonded peptide-based rotaxane behaves as a phototriggered molecular shuttle if excited in the presence of a suitable external electron relay. This rotaxane can be cycled at a frequency of 10 kHz and generates approximately 10 -15 W of mechanical power per molecule, and thus constitutes a major advance in the construction of artificial molecular machines. 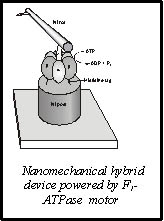 Recent scientific advances in both molecular biology and supramolecular chemistry have opened up a third possibility to approach molecular machines, the build-up of functional hybrid machines based on natural motors. At present, the best characterized biological motor is ATP synthase and a hybrid nanomechanical device powered by ATP synthase has been reported recently (Figure 3). It consists of three elements, namely: (i) nanofabricated substrates of Ni posts; (ii) F 1 -ATPase molecules; (iii) nanofabricated Ni rods. Rotation of the hybrid nano-rotators was observed after initiation with chemical fuel (ATP). However, only five of a total of 400 investigated rotators proved to operate, which reflects the challenge of such an experiment.

In order to gain control in the nanometer range over such intricate systems as molecular machines, the accurate employment of different nano-handling techniques is of pivotal importance. Most of the work done so far relies on experiences in the handling of single molecules, whereby in particular local probe techniques were used both as topographic and manipulation tool. In the case of the rather large natural motors, single molecule techniques like Magnetic Tweezers, Optical Traps or Electron Microscopy were used to characterize natural enzymes and to determine their characteristics and basic parameters.

The de novo design of artificial or hybrid molecular motors and the aim to manipulate them at the single-molecule level implies in particular a governing of the construction process at surfaces. The supramolecular self-assembly approach enables a high degree of structural organization within the nanoregime. Non-covalent bonds mediate the controlled assembly and hierarchical growth of instructed, fully integrated and connected operational systems. Thus an impressive variety of structural motifs employing various self-assembly protocols has been designed, e.g., helicates, catenanes, grids, cages, dendrimers, rosettes, chains, ladders, rotaxanes etc. which presents the basic construction set of future molecular motors.

Once the structural features of artificial molecular and natural biological machines known, computional simulations are useful to investigate a given process with high resolution in time and space. However, standard molecular dynamics methods suffer from some limitations in dealing with complex systems: the large number of atoms involved in the motion of a molecular machine on a complex potential surface. A recently developed class of new algorithms h as the potential to investigate complex systems ( Parrinello et. al.).These algorithms are capable to investigate for the first time conformational changes in biological processes and molecular machines.